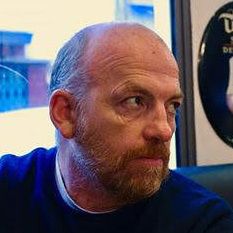 French wines are acquiring a new color. And not simply on a whim, throwing in an artificial color, but a true revival! Let us explain.

Orange wine dates back a long time: it has been around since antiquity. Thousands of years ago, in wine-growing cradles like Georgia, these wines were produced in buried pots, known as “Kvevris”. Long forgotten, they are making a comeback on the French wine scene, via Italy, particularly in the “natural” sector.

The secret to orange wine? Maceration!

From a technical perspective, orange wine is a vinified white wine, just like red. Talking of which, do you know the main difference between the vinification of red and white wine? The maceration phase: this stage is included in the production of red wine but not white. For red wine, the crushed grapes are vatted before being pressed: when it comes into contact with the skin of the grapes, seeds and sometimes stalks, the juice takes on color and tannin. For white wine, the grapes are pressed straight away without being macerated. The most notable exception to this rule today is orange wine, known as “maceration white”. During this stage, of variable duration, their juice acquires a color that is much more intense than that of “ordinary” whites, while taking on a discreet yet definite tannin structure.

Diversity of styles and food and drink pairings

An increasing number of winegrowers are testing this method in all regions, including the Loire, Languedoc and Rhône Valley. A trend, fad or gadget? Make no mistake, these orange wines are neither sub-whites nor sub-reds. Depending on the style of the winegrower, the soil, the grape variety, the intensity of the maceration and the container used for maturation, their precious balance between structure, freshness and persistence, as well as their unique aromatic partition, place them in a category of their own, with huge potential. Their fresh or dry fruit notes and floral, plant-based, roasted or sometimes even bitter notes are perfectly suited to spicy and exotic meals, sweet and sour dishes, fish, some hard cheeses and even unsweetened deserts. But be careful of the temperature at which you serve them! If they had a short and light maceration, they should be served cold, like white wine; and at the same temperature as red wine when they have a pronounced tannin structure and strength. In any case, it is worth getting to know these original wines. Over to you!

Château Lafitte – Jurançon - “Orange” 2019
In the Jurançon region, Château Lafitte has produced an excellent vintage after 21 days of maceration, with no input, vinified and matured in amphoras. This wine, featuring a subtle tannic note, is delicate and intense.

Domaine Viret – Vin de France – “Dolia ambré” 2016
In the south of the Rhône Valley, this domain was one of the first in France to rediscover orange wine. After a three-month long maceration, this vintage has acquired a surprising aromatic complexity, marked by spicy or rose notes. Overall, it is well structured, intense but not heavy.

Domaine Laurent Bannwarth – Vin de France – “Qvevri” 2016
After being vinified and matured in earthenware pots from Georgia, this winegrower left his Alsace wine macerating for eight months! This gave it plenty of time to gently acquire its character - a mix between vigor, depth and an elegant as well as rich aromatic palette.

Everything you need to know about chartreuse