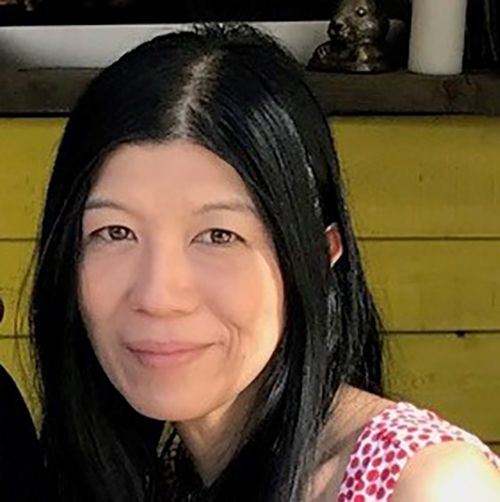 Regional French cuisine has held a particular fascination for Kei Kobayashi since he started his career in Japan. At his three-starred Restaurant Kei, he works his magic daily with ingredients from all over France. Read on to find out about his journey from Japan to France.

These days, Kei Kobayashi needs no introduction. In January 2020, the chef and owner of Restaurant Kei in Paris' 1st arrondissement became the first Japanese to be awarded a third Michelin star. It has been a long journey to get to this point, starting with his years as a trainee chef in French restaurants in Japan. That experience taught the young Kobayashi an important lesson: "the main appeal of French gastronomy lies in the wealth of its regional cuisine". So, when he decided to move to France a few years later, the chef made a point of noting all the regions he needed to visit to complete his training. At the top of the list were Occitania, Pays de la Loire and Alsace…

The Occitania and Pays de la Loire regions and their fish

The first thing Kei Kobayashi learned when he arrived in the Languedoc region was how to prepare anchovies. Although they are usually preserved in jars, the method of fermentation, salt content and of course the salt itself all differ from Japanese convention. The chef was inspired. "The combination of fermented and fresh, slightly salty notes gives them a very interesting flavor. You could compare them to beansprouts stir fried with miso, a classic family recipe in Japan." However Noirmoutier, in the Vendée region is where Kei Kobayashi landed the perfect catch - in netting his fish suppliers. "Because the waves are very choppy in this area, the fish have to be particularly strong. That means their flesh is firmer." The texture is perfect for one of the 3-starred chef's signature dishes: Line-caught sea bass, roasted on its scales. "Although we don't necessarily eat fish roasted in this way in Japan, eating the skin and enjoying its sea aroma are part and parcel of our culture. Preparing the fish in this way brings its flavors and particularly, its aromas out more, as if it has been smoked or seasoned with slightly bitter spices."

In Alsace, Kei Kobayashi honed his techniques for cooking game, and especially making sauces, in which he learned to infuse the animal's bones to intensify the flavor. This passion for game meat has only grown since the chef opened Kei. The restaurant was previously owned by Gérard Besson, a great game expert in Paris. It was around this time that Kei Kobayashi debuted Besson's iconic elaborate game pie, L'Oreiller de la Belle Aurore. "This hot version of the pie bowled me over with its balance of thirteen different types of meat, including game." It motivated him to create his own version of the dish, once he had mastered the basics under the guidance of Gérard Besson. "I began by reworking the pastry. One of its star ingredients is goose fat, and so I sought out the best possible supplier, in the Landes region. The ability of the pastry to seal in the meat is actually one of the secrets to the success of this dish. With that in mind, I prefer gratin forcemeat to caul. I also used a greater variety of meats - 16 in all - to give my version even more depth and intensity. Then I added marinated shallots, mushrooms and aromatic herbs..."

Fruits and vegetables from all over France

Another one of Kobayashi's signature dishes is his Jardin des Légumes Croquants, accompanied by smoked salmon, rocket mousse and lemon emulsion. No regional preferences for this one. Some vegetables come from Didier Pil's Potager du Petit Moulin, a farm in the Pays de la Loire. Others are sourced from Joël Thiebault's farms in Yvelines in Île-de-France. Both grow vegetables with the bold flavors appreciated by Kei Kobayashi. As for citrus fruits, they come straight from the Pépinière Bachès nursery, near Perpignan. Here, 800 varieties are grown organically, including the yuzu, kabosu and sudachi the chef is fond of back in Japan. "They are just slightly more tangy than those produced in my own country."
This year, Kei's restaurant is celebrating its tenth anniversary. To mark the occasion, the restaurant is being renovated. There are so many reasons to enjoy the talents of this Francophile Japanese chef.